You Can Hold the Brine

Next week is our last week of soccer. The kids have both enjoyed playing on their teams a lot, but we will also be thankful to have our Saturday mornings back soon. 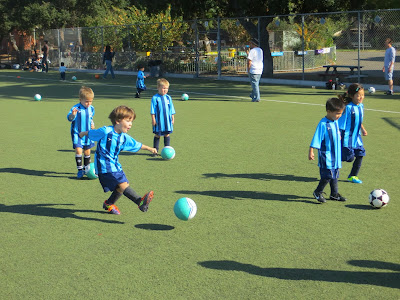 This morning the kids played soccer Duck, Duck, Goose at Porter's suggestion. Initially the coach was saying they couldn't do it, but then she sorted out a way to play that all the kids really enjoyed. Matilda's team had a good game with a large helping of drama, thanks to some disgruntled parents. Some folks get way too competitive, yelling and screaming at the sidelines. I think there must be some wacky-a-doodle pollen in the air or something because we have had major disfunction at school this week also. Just settle down and be kind, people! 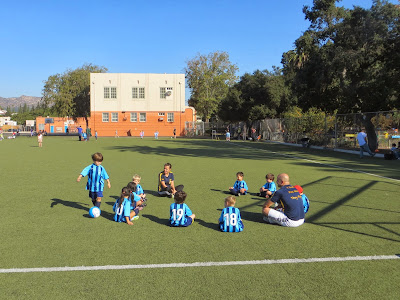 The excitement of the day here is that our new washer arrived. The kids are thrilled about watching laundry through this front window. So excited, in fact, that I am afraid they might be inclined to generate more laundry. 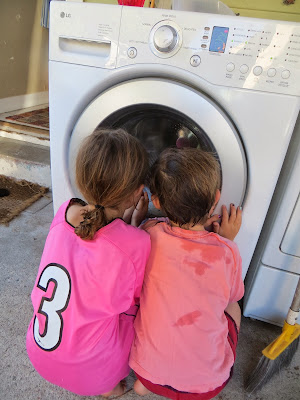 We spent the majority of the day trying to get some projects done around the house, including cleaning out the "Cabinet of Doom." I joked with Porter that it would be his new bedroom and he was more than a little excited to climb in. 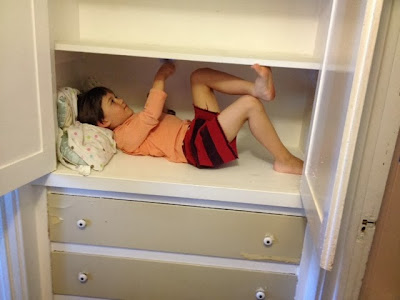 This evening Tim and I went out to a party where we were introduced to Picklebacks, a shot of bourbon followed rapidly by a shot of pickle juice! I did not try one, but Tim reported it was way better than he expected. I think I would rather just keep the bourbon for myself and let Porter the pickle-lover drink my pickle juice.
Posted by KK at 11:53 PM