For the holiday on Monday, we celebrated with a big hike! We joined friends and went up into the mountains close to LA off the Angeles Crest highway and hiked the Switzer Falls trail. We did not make it all the way to the falls, but that does not mean we stayed dry. The trail crisscrosses all along a rocky stream through the canyon which led for lots of toe cooling off. Porter actually managed to completely soak himself in record time. As we walked up to the trailhead he took his first few tentative steps into the stream and immediately fell down, flipping and flopping trying to get up until he was in deeper water and submerged to his neck. It was so comical because he could not have gotten wetter faster if he tried to. 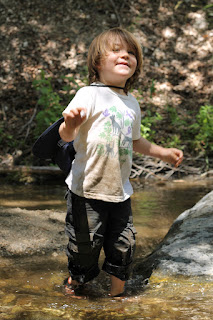 There was lots of frogs and lizards for chasing along the way. 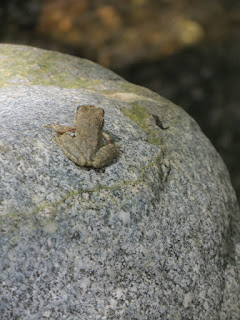 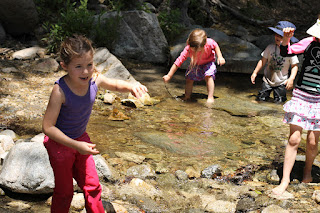 The crew of four kids all had super fun playing in the pools where we stopped for lunch. 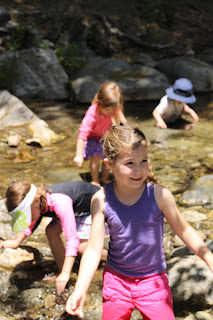 G, one of Porter's good pals. 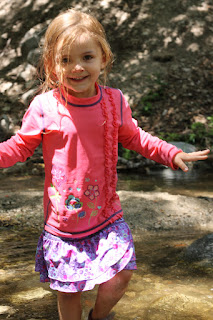 Porter and Matilda both spent lots of time trying to catch water striders, to no avail. 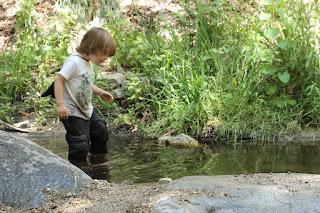