Much to the delight of the many superhero fans in our house today, we went to the Batman live show this afternoon. What's Batman Live? Think Batman on Ice meets Cirque du Soleil. In the eyes of Porter, almost drool inducing. Despite the long duration, we had no need for snacks or other
distractions to keep anyone in their seat.

Here you get a glimpse of the Greyson family (translation: Robin's parents) doing their trapeze act. 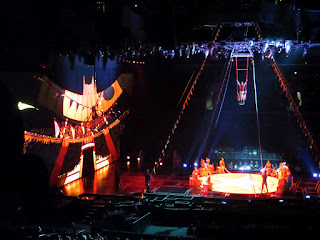 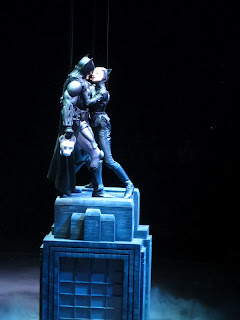 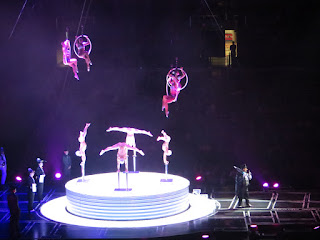 I think the Joker had all the best toys. He made his first appearance popping up out of this Jack in the Box. 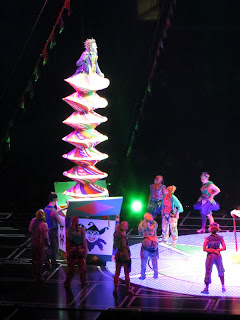 Batmobile! Porter was yelling out exclamations at this point, ensuring everyone around us was also witnessing the greatness. 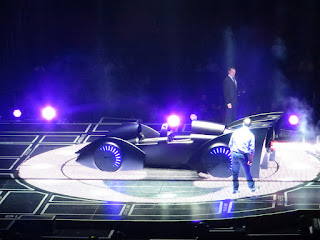 Another fun Joker vehicle. Even cooler when (spoiler!) Harley Quinn lit it on fire. 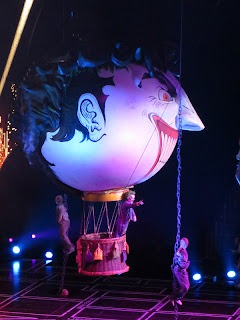 The whole cast of heroes, villains and performers came out at the end for a bow. 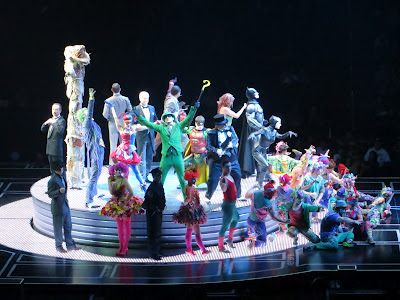