We had great luck on our whale watch today. 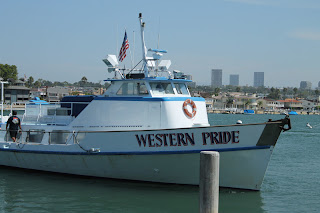 The captain and crew found a huge patch of krill where a juvenile (yet still enormous) humpback whale was feeding. They kept the boat right in that area and for over an hour we got to watch the whale coming up to feed. He was crazy close: 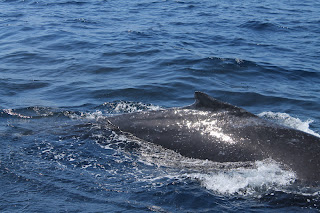 The quintessential whale picture. Thanks for posing! 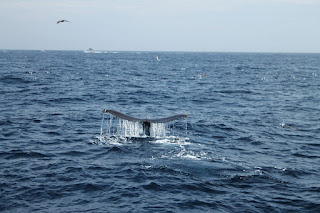 The kids were especially excited by the large blow hole breathing noise the whale made each time. The very first time the whale surfaced it was right in front of where the kids and I were all standing at the rail. The loud noise was such a surprise and left no doubt about where to look to see the whale. We all had such huge grins on our faces at that moment. 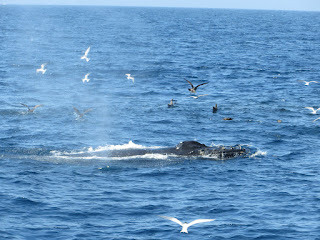 Another big first of the day that Porter was thrilled with: a boat ride on the Pacific! In addition to the awesome whale, we also saw a lot of dolphins, a very playful sea lion who was shadowing our whale friends (providing great clues of where he would surface next), and an enormous quantity of krill and squid.
Posted by KK at 11:07 PM