Coyotes, Coffee and A Rainbow

As we were headed out of Griffith Park tonight at dusk, we drove by two foraging coyotes. In one area of the park it is quite common to see them lurking around, waiting to see if anyone might toss a bit of food out the car window. I imagine they are fed fairly often because they are not too shy and will approach slowing cars. I pulled over, not to feed them of course, but for the kids to get a good look. Matilda noticed that we were lucky enough to get a rainbow with our wild animal sighting of the day. 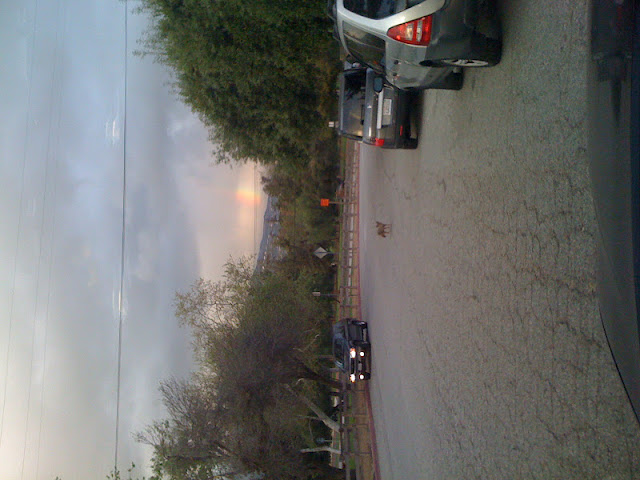 Next, the coyote found a half full iced coffee and proceeded to carefully carry the plastic cup across the street, remove the lid and drink it. I wish I had a closer picture of this coyote with his snout in a McDonald's cup, slurping down cold coffee. 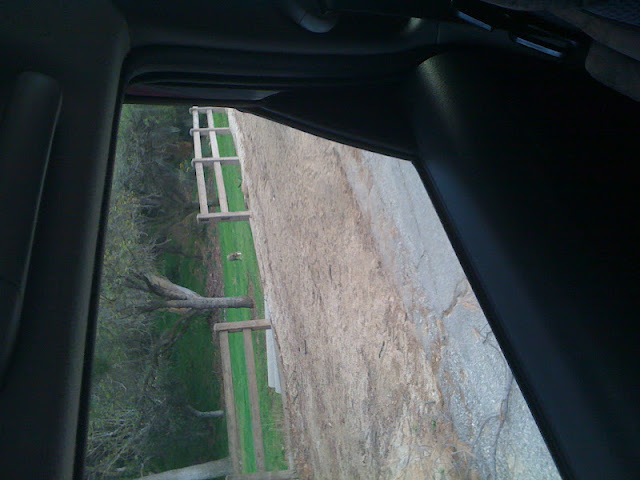 I don't think the kids will stop talking about these events for quite some time - it was all very thrilling to M & P as they clambered around in the back seat for a better view.
Posted by KK at 12:03 AM