Tim and I had a blast getting carried away with the Lego themed birthday. I can take little credit for the ideas, almost all were found in about 5 minute after Googling "lego birthday party."Here's what some of what we came up with: 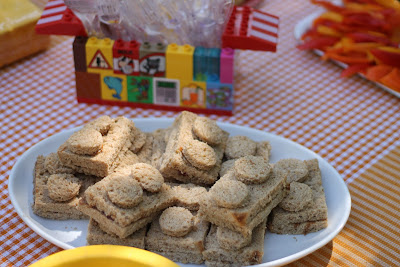 Lego head marshmallow pops. Tim did an awesome job wielding the edible food marker to create their faces. My favorite were the faces he gave these saggy headed guys who didn't stay at the top of their pop. (If you attempt your own, don't make the mistake of pushing the pop too far in.) 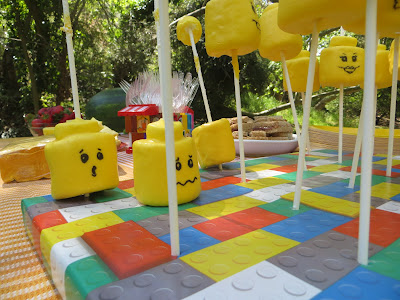 Lego 4, Duplo flashlight guy for decor, pops, and lego straws to go with the hand drawn lego cups. Tim also rocked those cups; I loved all the super lego-inspired faces he did. 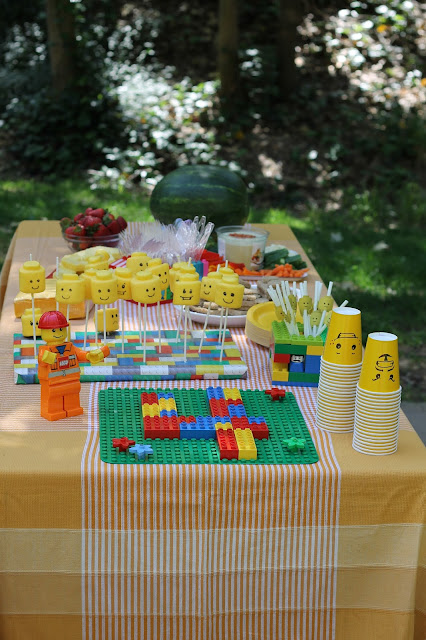 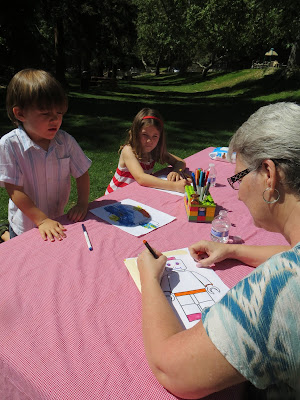 Lego cake. The fondant legos turned out so nice, it was a great first foray into fondant for me. We scared a lot of parents at the party as the kids ran off with very realistic looking legos to munch. To disclose all the details, the digger and figures are real legos, the cake was lemon cake with a raspberry jam center layer and buttercream frosting. 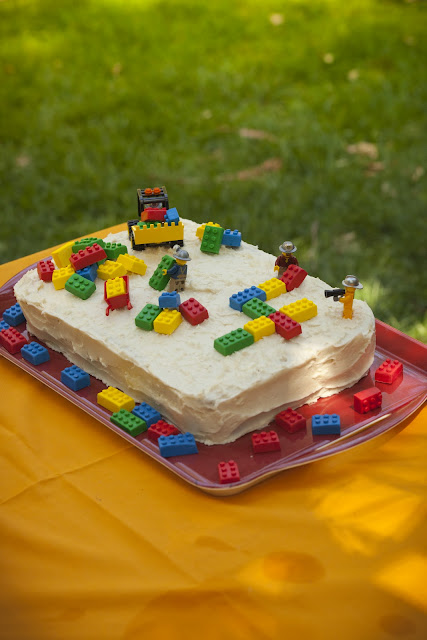 Most important to a successful lego party is a crew of CUTE builders. 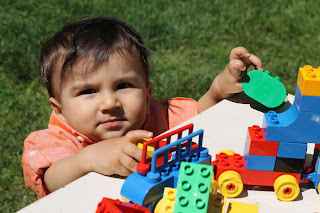 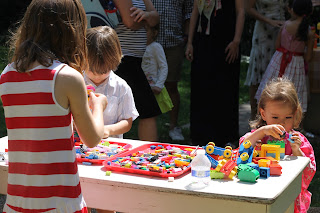 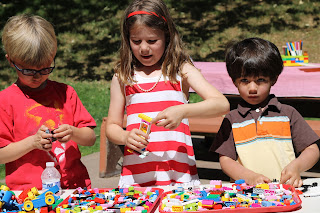 We of course made lego themed goodie bags, complete with an attempt at lego font. They were  not photographed by us in the hectic end of the party but captured by Adam for posterity.
Posted by KK at 10:04 PM